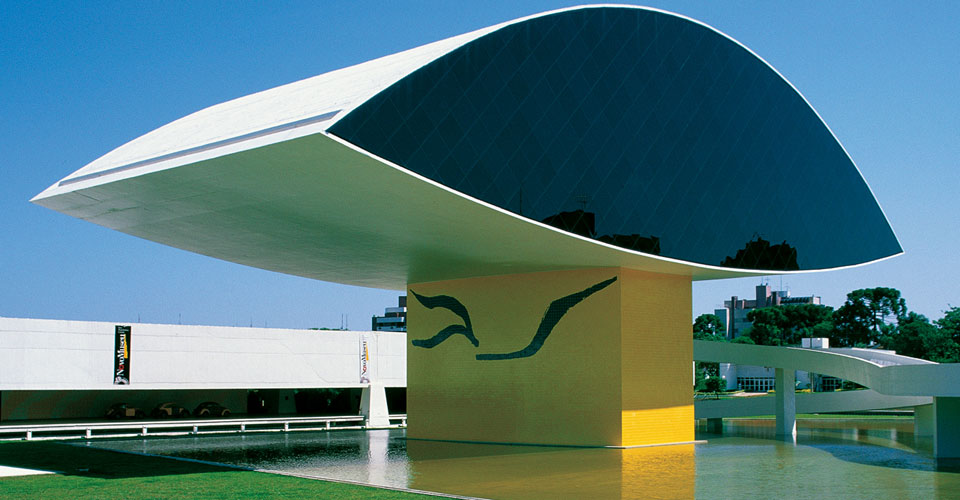 Curitiba was declared the capital of the state of Paraná in 1853 and is now the most populous city in the southern region of Brazil. Curitiba had one of the highest proportions of greenery among the Brazilian capitals. More aesthetically pleasing features of the city include some stunning architecture, namely the eye-shaped building housing the Oscar Niemeyer Museum and the Teatro Opera de Arame.

Where will the matches be played in Curitiba during the World Cup?

The Arena da Baixada  in Curitiba will host 4 games of the FIFA 2014 World Cup. Originally constructed in 1914, renovation works completed in 1999 and most recently in 2012 have increased the Arena da Baixada’s capacity to 41,456, and is considered one of Brazil’s most modern and best-appointed stadiums.

Below are the FIFA 2014 World Cup fixtures in Curitiba at the Arena da Baixada:

Curitiba is home to two Brazilian football clubs: Coritiba Foot Ball Club and Clube Atletico Paranese, whose rivalries provide one of the most exciting derbies in Brazil.

What to see in Curitiba?

Today Curitiba is home to just under 2 million inhabitants making it the largest city in the southern region of Brazil. In the 1850’s Curitiba welcomed a huge contingent of European immigrants which has contributed to the economic and cultural development the city is proud of today. In the 1950’s Curitiba underwent a huge city expansion with an innovative urban plan at the heart of the expansion. The city’s population increased from a few hundred thousand to over a million! Curitiba is situated almost 1000m above sea level providing a very pleasant climate in the city, and between June and September can get surprisingly cold. The city is also famous worldwide for it superbly efficient urban transport system. Ideally located between Rio de Janeiro and the Iguassu falls, Curitiba is well worth a couple of day stopover to explore!

Where to visit in Curitiba?

Also known as the ‘Museu do Olho’ which means Museum of the Eye, due to its design, focuses on the visual arts and architecture. Originally designed by Oscar Niemeyer in 1967 now features inside some of his signature elements that inspired some stunning of the stunning architecture he created throughout Brazil. 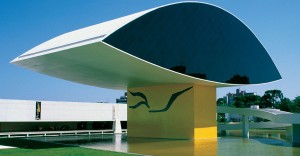 A stunning aesthetically pleasing theatre house which is clear to see where it got its name from, built out of steel tubes. Opened in 1992 and designed by the architect Dominic Bongestabs and hosts some fabulous artistic and cultural presentations. 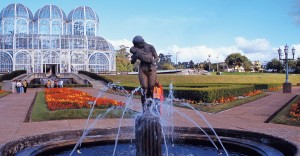 This architectural project was built on irregular land and is a space for art and folklore, past and present. 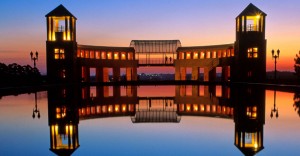 The main square in Curitiba and the city’s initial landmark. The square holds the Catedral Basílica Menor de Nossa Senhora da Luz a beautiful and traditional church worth visiting.

Definitely the most beautiful park of the city home to an abundance of native species, and with the Municipal Forest is an enjoy place to take a walk and relax.

The highest mountain in the Parana is almost 2000m high, providing any explorers with some fabulous views and is a recommended adventure for anyone.

Definitely one adventure I would recommend is the Serra Verde Express. Hop on a train from Curitiba to the colonial town of Morretes and take in the unforgettable views from the train. The train then continues on to the coast and to the town of Paranagua, a jumping off point for the wonderfully island of Ilha do Mel.

Located just off of the coast of the Parana, the Ilha do Mel is an hour-glass shaped island. There are no roads on the island, just sandy trails to explore the island. This island will not be well known by the international tourist but is definitely worth exploring with some great views and a very tranquil setting. 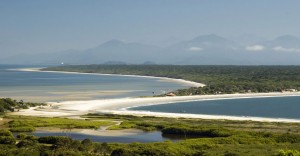 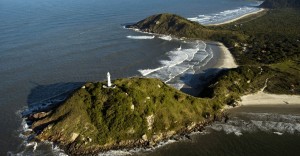 My Recommended trip around Curitiba

If you are visiting Curitiba during the World Cup why not take our ‘Southern Explorer’ trip? A journey of a lifetime that will provide some breath-taking views of the Iguassu Falls, a journey on the Serra Verde Express through the Atlantic rainforest and on to Ilha do Mel island where you can watch the fabulous sun set and a stop off at the ‘most friendly city in Brazil’ – Florianopolis. There are some beautiful lodges and hotels to stay to ensure your trip is done in style and luxurious surroundings. This trip is without doubt one of the best trips to do around Brazil!

At that time of the year you could also continue a bit further south to Praia do Rosa, the best spot in Brazil for Whale watching. In June to October, southern Right whales make southern Brazil their home so it’s a great place to get up close and personal to these amazing creatures. It’s also one of Brazil’s best surf beaches.

Where to stay in Curitiba?

There are many standard hotel chains throughout Curitiba, however there are two hotels I would recommend staying at if you would like that added luxury and charm:

« Top 10 places to visit in Brazil
Olinda – a colonial gem »