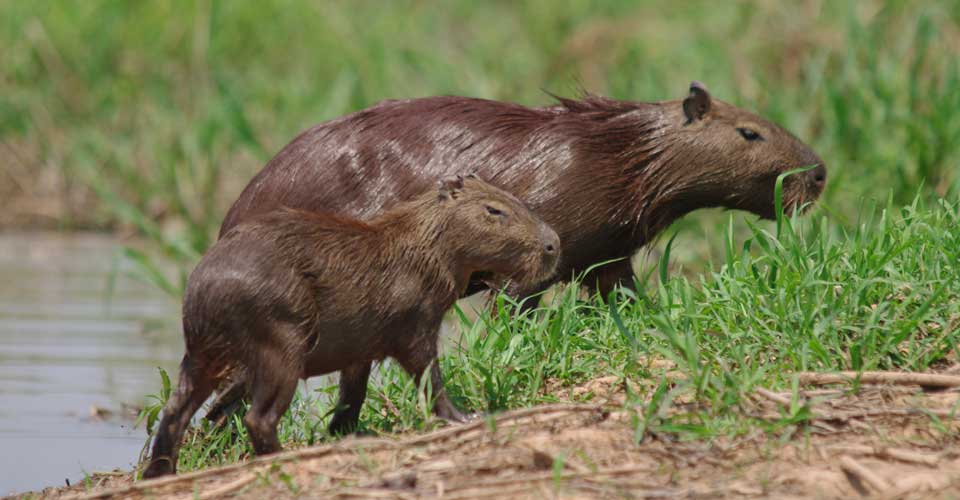 If you are thinking of travelling to Brazil in 2015 and you want to see wildlife in Brazil, then now is the time to book!

Due to the World Cup in 2014 and the Olympics in 2016 coinciding with the peak season for big cat viewing many clients have delayed their travels to Brazil for 2015. This has meant that demand is high and many of the lodges are already rapidly filling up.

If you didn’t know already, Brazil is a nature lover’s paradise with a huge diversity of wildlife and birdlife to excite even the most experienced of enthusiasts. If you are considering a luxury holiday to Brazil then here’s where and how to do it. 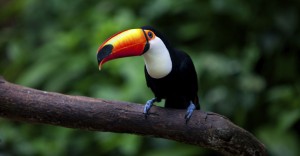 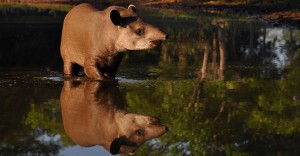 It is the world’s largest freshwater wetland and one of the best places in the world for birdspotting. The Pantanal in Brazil is split across two states, Mato Grosso (the northern Pantanal) and Mato Grosso do Sul (the southern Pantanal). Both areas offer the visitor a fabulous opportunity to see Caiman, Anaconda, Capybara, Ocelot, Marmoset, Howler Monkey, Giant Otter, Tapir, Peccary and for the lucky few, the Jaguar.

In fact, it’s the best place to see wild mammals outside of Africa and is home to eight of South America’s ten types of wild cat. The Pantanal floods seasonally which gives it very distinct times of the year in which to visit. The incredible array of birdlife on offer between June and August is amazing. Parrots, Toucans, Macaws and a variety of other birds cover the sky and the trees and even lazing in a hammock can offer a fabulous platform for seeing birdlife in Brazil.

Where to stay – Caiman Ecological Refuge

Caiman Ecological Refuge is located on a 53 thousand hectare ranch in the southern Pantanal of Mato Grosso do Sul and is a wonderful destination. 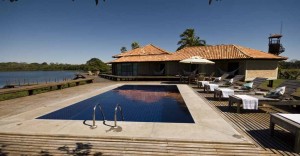 The property has two lodges, the Baiazinha Lodge and the Cordilheira Lodge which are spread 22kms apart. The lodges are accessed by road or light aircraft from Campo Grande. The 2 lodges function independently as they are remote from each other, are self-contained and have their own restaurant, pool, guides, vehicles and excursions.

A jaguar tracking safari is included in both lodges in the high season and many optional jaguar safaris are available all year.

Think of Brazil and you think of the Amazon, the vast river which dissects the north of the country. The Amazon though is far more than just a river. 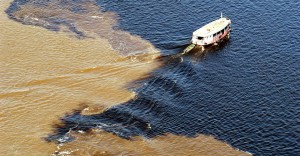 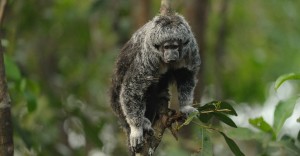 It is a huge area of rainforest and waterways covering six of Brazil’s states stretching from its mouth at the Atlantic at Belem all the way to the Peruvian, Colombian and Bolivian borders. A journey along the length of the Amazon is the stuff of adventurers, boat-hopping and spending a couple of weeks in a hammock. If this appeals then it is something we can arrange, however there are many other ways to explore the Amazon and get up close to nature in differing levels of comfort.

Contrary to common belief, the Amazon is not the best place to see wildlife in Brazil. Although the rainforests teem with wildlife it tends to stay out of sight yet nevertheless the area is one of the world’s most iconic destinations. We can arrange jungle lodge stays, journeys by river boat and indigenous visits as ways to explore the area giving you the chance to get under the skin of this immense area and the chance to see local communities, pink river dolphins, piranhas and much much more.

Where to stay – Anavilhanas Jungle Lodge

Set some 180 kms away from Manaus on the banks of the Rio Negro, the Amazon’s main tributary, the Anavilhanas Lodge offers a real slice of luxury amidst an incredibly tranquil setting. 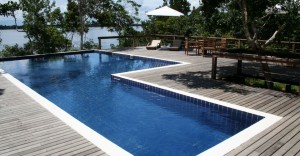 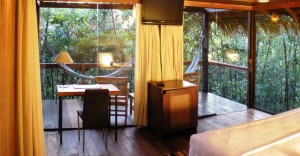 The lodge has 20 exclusive suites, arranged in bungalows or combined cottages and is one of the most unique hotels in Brazil.

There are 4 unique private stilt-suspended bungalows, nestled in the woods with glass walls, 32 inch TV, a spacious balcony and lots of privacy. The 8 stilt-suspended cottages have two separate rooms, each with a private balcony facing the woods. All rooms feature air-conditioning, safe and a minibar.

Where to stay – Cristalino Jungle Lodge

The incredible Cristalino Jungle lodge is an amazing property in a 29,000 acre private reserve, named by National Geographic as one of the best hotels in Brazil and certainly is the best hotel in Brazil for anyone who wants a bird watching holiday to Brazil. 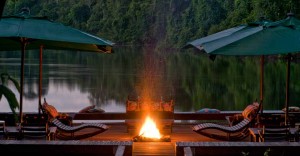 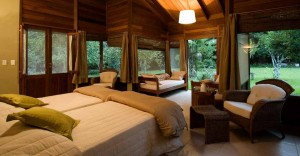 The lodge plays an important role in conservation by protecting primary rainforest and contributing with important conservation projects in the Southern Brazilian Amazon.

The lodge has a friendly restaurant and for special meals there is a thatched roof patio where candlelit dinners are served. The property has a floating deck, perfect for lazing in the sunshine with steps down to the Cristalino River which is perfect for swimming or paddling along in the canoes and inflatable boats which are available for hire.

The lodge has a 50 metre high Canopy Tower located in the middle of the Rainforest Reserve which allows you to view the rainforest below and is considered one of the most important in the Americas because of its location. Many birds and mammals that inhabit the canopies such as falcons, macaws, toucans, cotingas, monkeys and coxius can be seen from the tower.

The lodge has three levels of accommodation; Standard and superior rooms as well as private bungalows. All are very comfortable with the bungalows offering that something little bit special.

You don’t immediately think of whale watching when you think of Brazil but the country makes for an excellent holiday destination to see these beautiful creatures in the world. 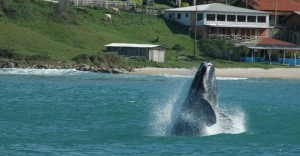 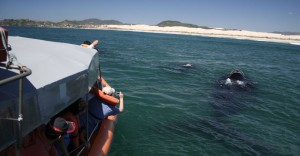 The season runs from July to November and there are two primary locations to enjoy whale watching as part of your holiday to Brazil, which are Bahia and Santa Catarina. Within the Bahia lies the aptly named Whale Coast and the Abrolhos Archipelago, an area of extreme biological importance and the home, in the second half of the year, to shoals of Humpback whales.

In the south of Brazil the Southern Coast of Santa Catarina becomes the stage for an amazing natural spectacle, with the arrival of the Southern Right Whales. Escaping the Antarctic winter, they migrate north in search of warmer and calmer waters for reproduction and nurturing of their young calves. In the small, half-moon shaped bays of Santa Catarina, they come very close to the shore and on clear days they can be seen from your hotel room or the beachfront. The boat trips though are a must for a close encounter with these giant mammals on a holiday to Brazil.

Where to stay – Quinta do Bucanero

Located on Praia da Rosa (Rose Beach), this charming guest house is only 150 metres from the waterfront. It provides exclusive access to one of the best beaches in Brazil by crossing Lagoa do Meio Lagoon. 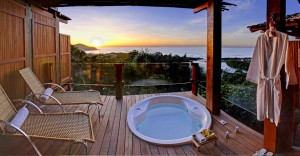 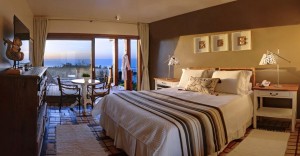 The beautiful Quinta do Bucaneiro features ten stylish rooms each of which is furnished with handcrafted pieces. All of the rooms have a balcony complete with sunloungers from which to enjoy the panoramic views of the ocean and lagoon.

Each ensuite room is air conditioned and contains Wi-Fi, LCD satellite television, DVD player, safe and minibar. The amenities include a restaurant, fitness and pool and Jacuzzi overlooking the ocean.

The panoramic restaurant serves a daily buffet breakfast with fresh fruit and regional delicacies and Brazilian and international specialities are available for lunch and dinner.