Home » Other » The knights who say “Niiiiiiiiiiii!” 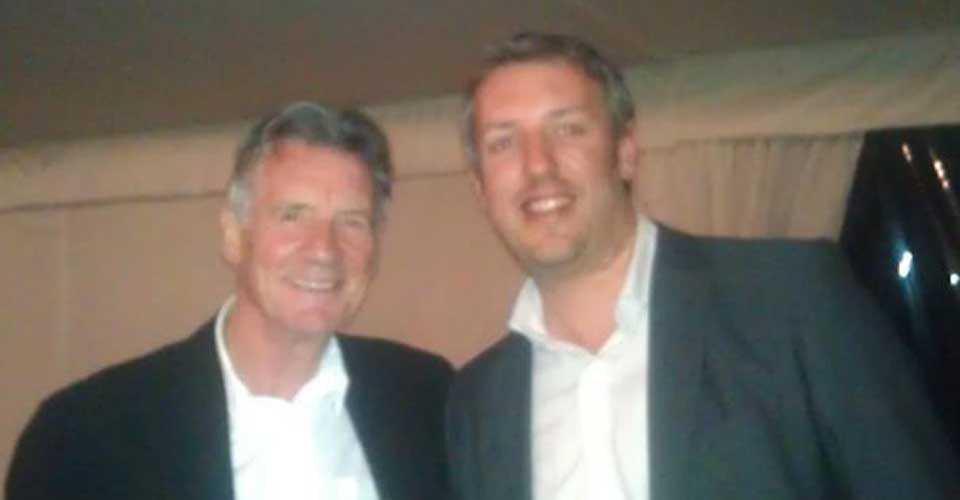 We were lucky enough to be invited as guests of a PR agency to attend the opening night of the Chiswick Book Fair a couple of weeks ago, an invitation which we gladly accepted because of a famous guest speaker.

Each year, the night before the Book Fair officially begins, an evening is hosted with a big name from the literary field and this year it was one of our travel idols, Michael Palin.

Michael Palin was there to talk about his recently published second novel called ‘The Truth’ but also about his forthcoming BBC series on Brazil and the accompanying book which is being published. The TV series is due to air on BBC One on Wednesday 24th October with the book being released on the 11th October.

This series will be shown in 4 parts which is one of the shorter travel series he has done however the first to be solely focussed on one country. He said he chose Brazil as thought that it could be covered nicely in that 4 segments however speaking to him after the event, he wished he had more time to cover this vast country. 4 hour long programmes barely scratches the surface of Brazil.

It was very evident from his talk and subsequently meeting him that he was very much taken with Brazil, the Brazilian people and their way of life. As he said, ‘there is no word in Brazilian for angst’ which I think sums up the laid back Brazilian lifestyle quite nicely.

His series on Brazil will be the 8th travel series he has now done in 23 years all of which have proved hugely popular with the public and have resulted in a great amount of public interest in travelling to that country on holiday.

You can see some of his talk in the clip below.

Michael Palin talks about his series on Brazil

After the talk he very patiently signed copies of his book to a long queue of fans and took time out to talk to us privately at the end of the evening. He was warm, effusive and genuinely interested in what we were telling him about Brazil.

We were hugely tempted to say ‘Shrubbery!!!’ to him or call him a ‘very naughty boy’ but we resisted the temptation and instead settled for a photo with him.

A wonderful evening and looking forward to watching the BBC series in a few weeks time.