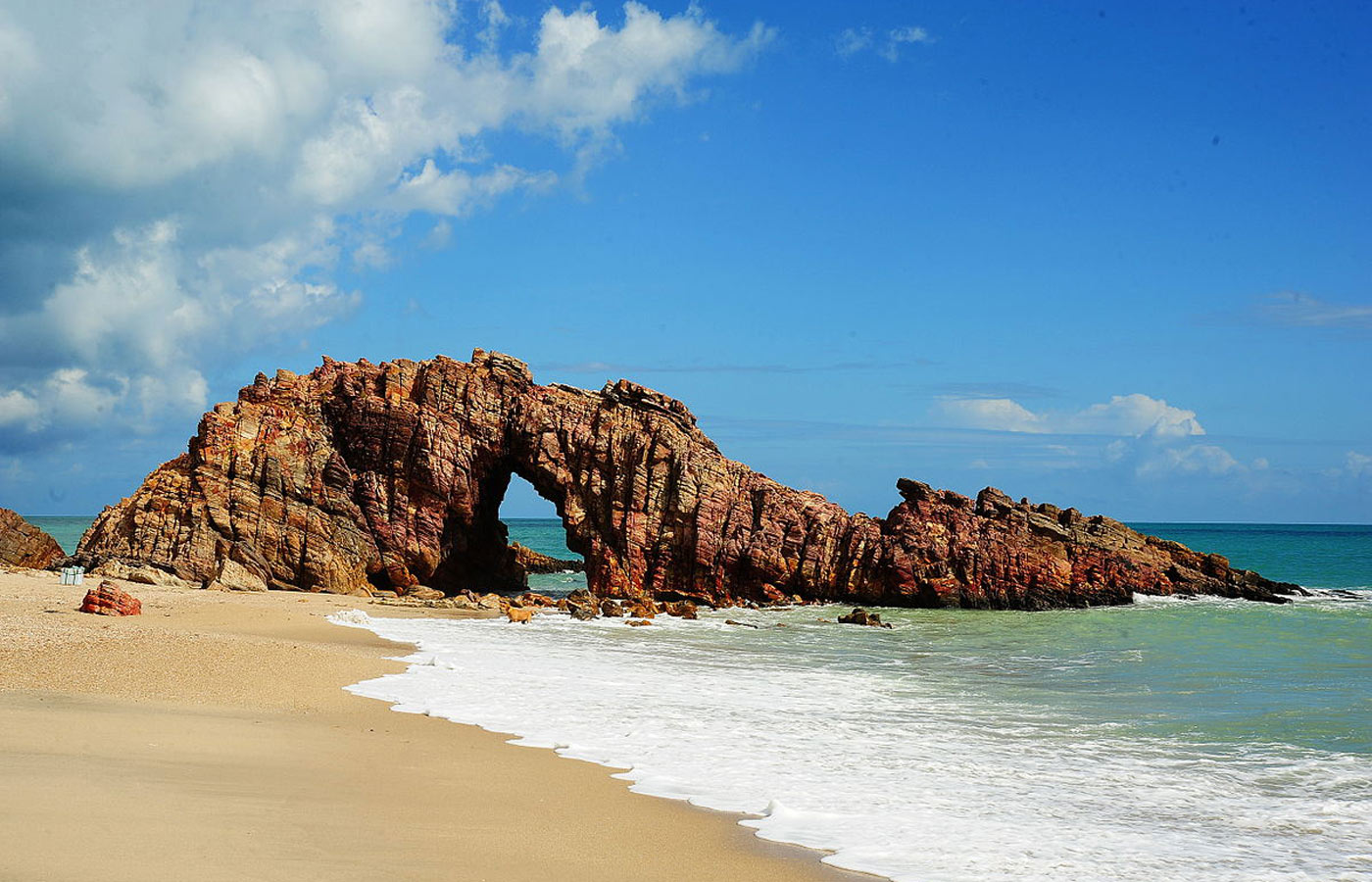 Travellers to Brazil are spoilt for choice when it comes to inviting Atlantic beaches to while away a few days on. Miles of unspoiled coastline, picturesque palm groves and crystalline tropical waters; Brazil’s beaches are second to none; and there are perhaps none more charming than the laid-back Jericoacoara. Bespoke Brazil director Simon explains just what makes Jeri so special.

I often get asked, ‘what’s your favourite place in Brazil?’ It is always a tough question to answer about such a fabulously diverse country but invariably, Jericoacoara is often top of the list.

Jericoacoara, aside from being a mouthful to pronounce, is a small village on the north coast of Brazil, to the west of Fortaleza. More commonly known as Jeri, which is far easier for non-Portuguese-speakers to say, the village is a sought-after destination for most Brazilians, and is becoming increasingly popular with international visitors.

Jericoacoara has long been an under-the-radar backpacker hangout with a strong hippie vibe but nowadays with a number of superb luxury hotels, it is a great choice for a more exclusive beach break. The appeal of Jeri historically has been its remoteness and that it has always been hard to get to. There are no roads to the village so ordinary vehicles cannot simply drive in. The last leg of the journey from nearby Fortaleza is made in a 4×4 vehicle across the striking sand dunes which separate the village from the main roads.

Once you are in the village there are no cars to be seen, just the occasional dune buggy taking people out to the region’s tropical lagoons or picture-perfect viewpoints. The streets are covered in sand, so no shoes are required, and the atmosphere is very laid-back. 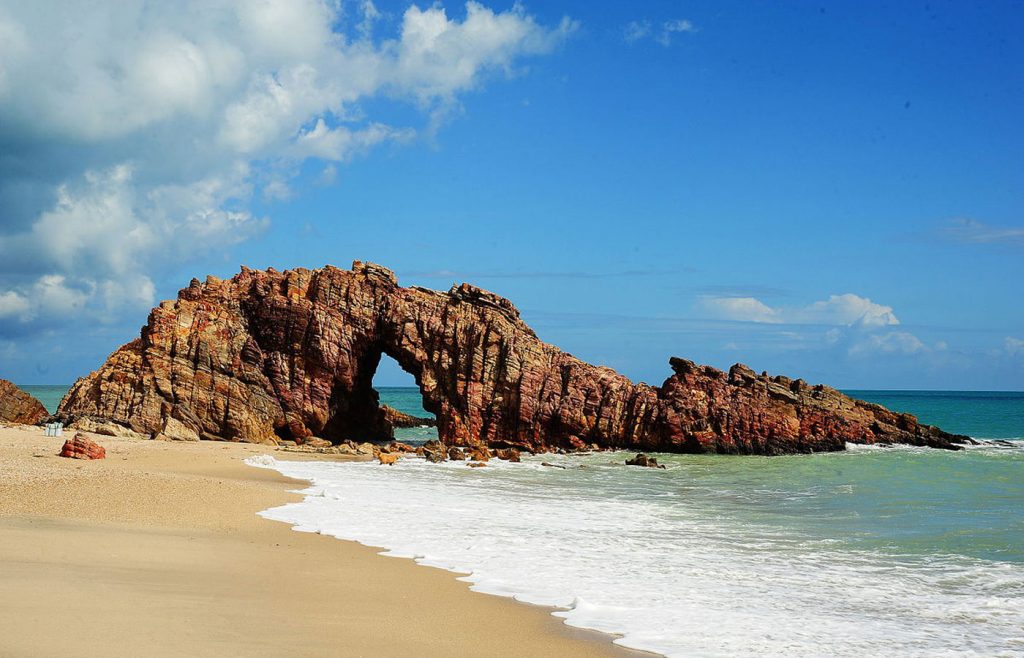 What to do in Jericoacoara

Most people come to Jeri either to relax or to get involved in some of the water sports on offer in the area. This part of Brazil is famous for its ferocious coastal winds and it attracts the best kitesurfers and windsurfers in the world due to the consistency of the conditions. There are various stores within the village offering board and kite rental plus instructors offering lessons for the inexperienced.

You could saddle a horse and ride along the sand to explore the surrounding area, perhaps cantering over to the famous arched rock formation of the Pedra Furada; alternatively, you might want to have a capoeira lesson and learn the basics of this fluid Brazilian martial art.

The nearby Lagoa Azul and the Lagoa Paraiso both offer excellent day trips via beach buggy to two stunning lakes, surrounded by sand. They are the perfect location to spend a day swimming and relaxing in a hammock, enjoying a beer or two with some fresh local fish.

In the evening, as the sun starts to drop in the sky, it feels like the whole town heads to the large sand dune which overlooks Jericoacoara. Grab a caipirinha (the famous Brazilian cocktail) and climb the dune, joining the locals to celebrate the end of another glorious day in Jeri, watching as the sun goes down in a blaze of red and orange before the night time activities begin. 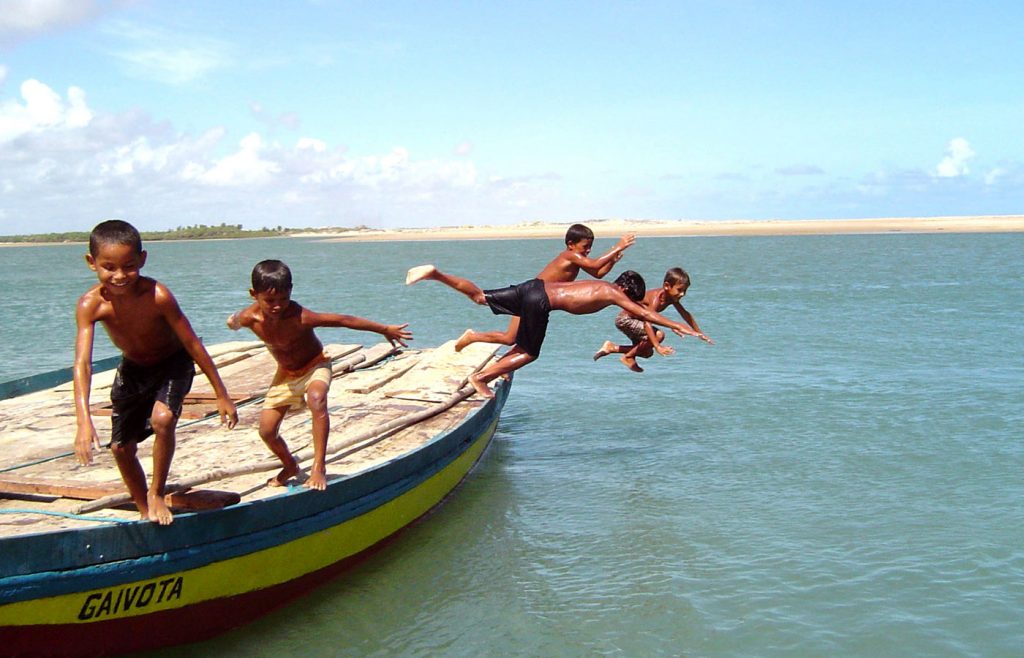 Where to stay in Jericoacoara

There are variety of excellent hotels in the village, including some superb boutique beachfront options such as the Hotel Essenza, with private pools in a number of the rooms; the Chili Beach Boutique Hotel; Hotel Hurricane and Vila Kalango. 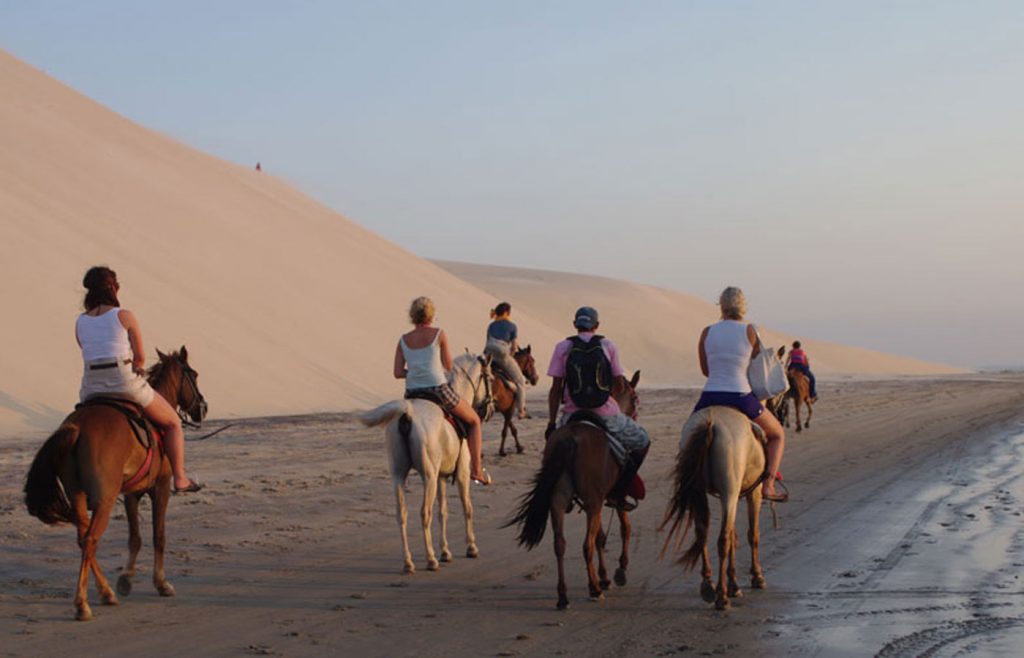 A great activity option in Jeri is to explore the dunes on horseback.

Getting to Jericoacoara used to be part of the challenge but also the basis of its appeal. The nearest airport used to be Fortaleza, which is 300km away and roughly a 4 to 6-hour drive, either via the main road or via a combination of road and driving along the sand. Fortaleza is served by both KLM and TAP Air Portugal, giving it easy access from Europe.

Accessibility to Jeri changed in late 2017 when a new local airport opened, enabling much easier access.  The new Jericoacoara airport is just a 33km journey away, making it far easier and quicker to get to Jeri. There are regular flights from Sao Paulo operated by GOL Airlines and to Belo Horizonte, operated by AZUL Airlines. This new access is a double-edged sword as it makes it an easier addition to a luxury Brazil holiday, but it also means that it is likely to become busier and perhaps lose some of its ‘away from it all’ appeal over the coming years.

You can visit Jericoacoara as a destination on its own for a fabulously secluded beach break or perhaps make it a stop on a more far-reaching tour of the north coast. However you choose to visit Jeri, a stay in this sandy paradise is a great inclusion on a luxury tailor-made holiday to Brazil.

Sunsets in Jeri are particularly spectacular, with tourists and locals alike gathering on the ‘sunset’ dune to watch the sun go down over the ocean

Are you planning a trip to Brazil? Contact us today to speak to one of our travel specialists and find out more about Jericoacoara and the north coast here.