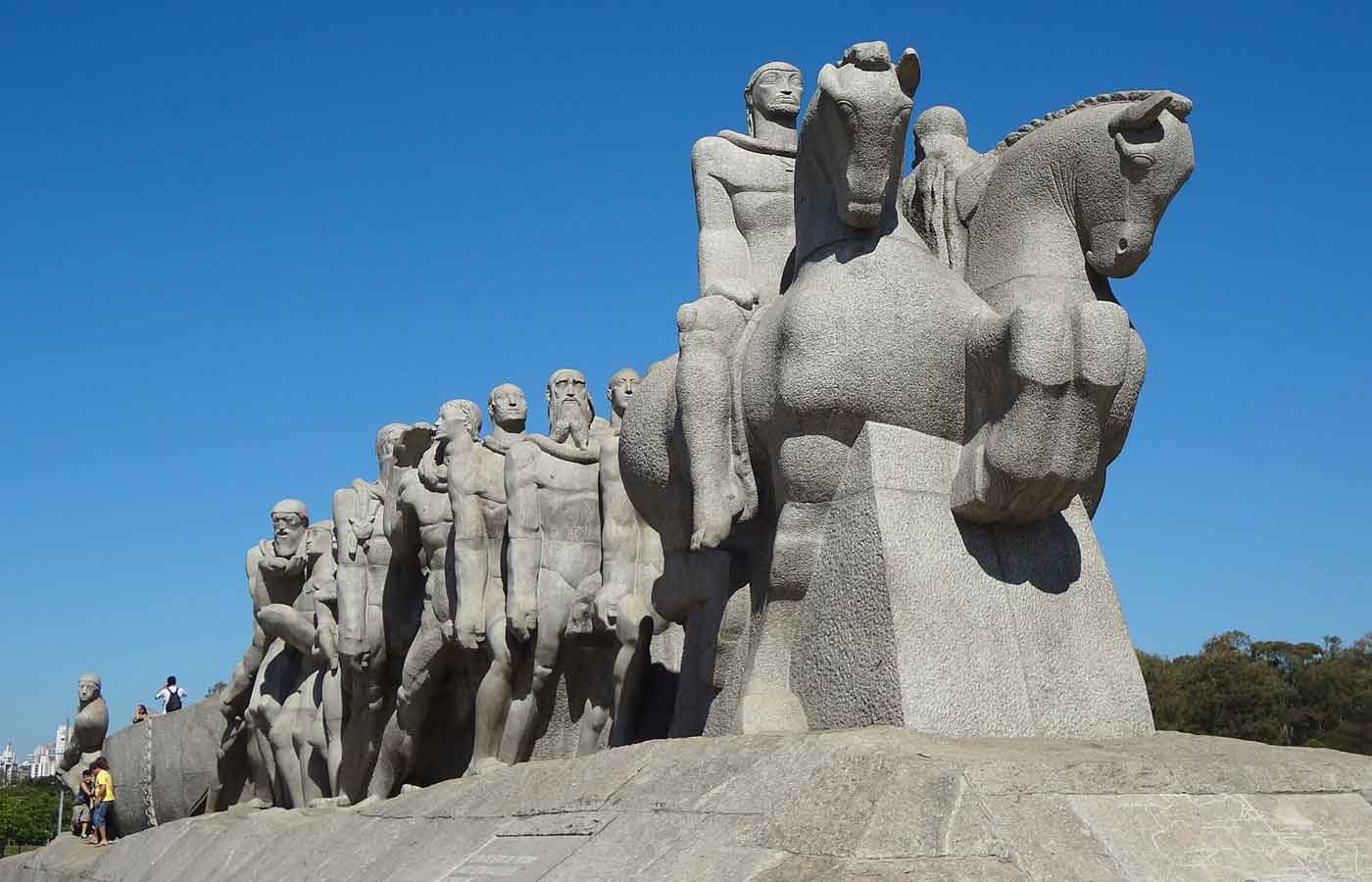 A regular stopover city for those travelling from Europe to elsewhere in Brazil or Latin America, or for travellers hopping on connecting flights within this gargantuan country, São Paulo, and its international airport, Guarulhos, is a familiar sight for many visitors. Bespoke Brazil specialist, and ex-São Paulo resident, Clara argues the case for spending the occasional night or two in this uber-modern megacity.

It goes without saying that Brazil is big. Brazil is so big, in fact, that it covers an area equivalent to almost the entirety of Europe. Flight links within Brazil are yet to catch up to the touristic potential of this magical country and many major highlights of a holiday to Brazil (Iguassu Falls, Salvador da Bahia, the Amazonian city of Manaus) are directly linked only to São Paulo with any concrete regularity.

If you don’t fancy a connecting flight, you may find yourself spending the odd night in São Paulo before you’re able to move on to your next destination. Often maligned for its gigantic urban ugliness, lack of beaches and just for seeming a bit dull; São Paulo, or ‘Sampa’ as the local paulistas call it, is so much more than just a necessary stopover.

Endless museums, malls, parks, bars and high-end restaurants: here are some of my favourite things about Sampa: 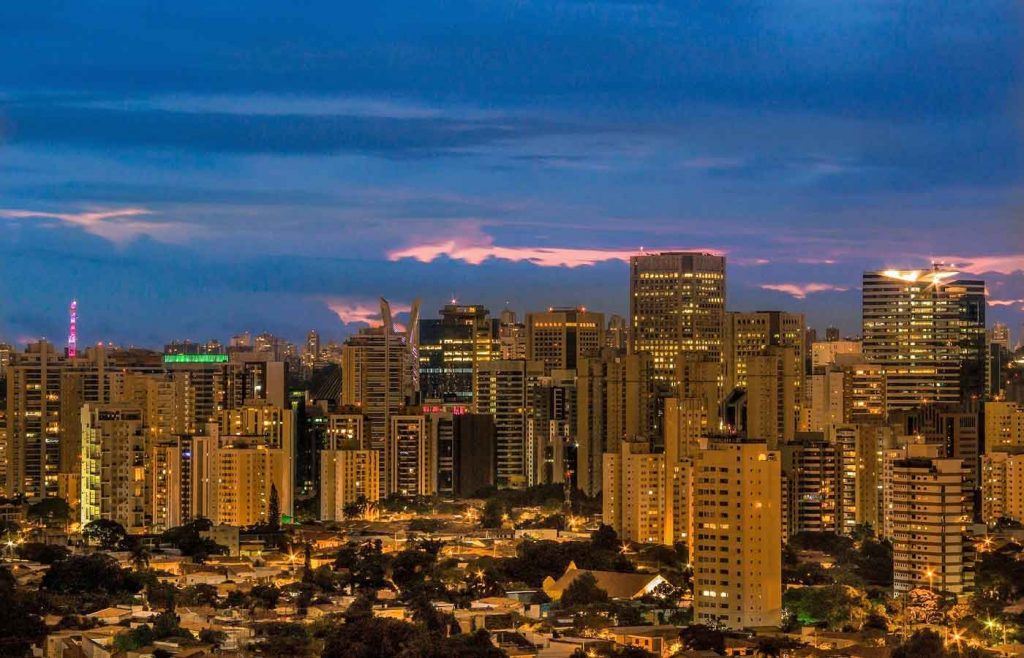 Not traditionally described as a beautiful city, like everything, São Paulo has its photogenic angles.

Brazilian gastronomy is exceptionally varied, and you’ll find the best of it, along with elevated international favourites, at the highest level here in São Paulo. The city boasts two 2-Michelin starred restaurants, D.O.M. and Tuju, and 12 further restaurants with one star. One of the main attractions for foodies is the Mercadão Municipal – a huge complex where the best of Brazilian produce and artisanal snacks are flogged to visitors from all over the city. Built in the style of a grand Victorian pavilion with vast stained-glass windows imported from Germany, the Mercadão is of as much architectural interest as gastronomic. 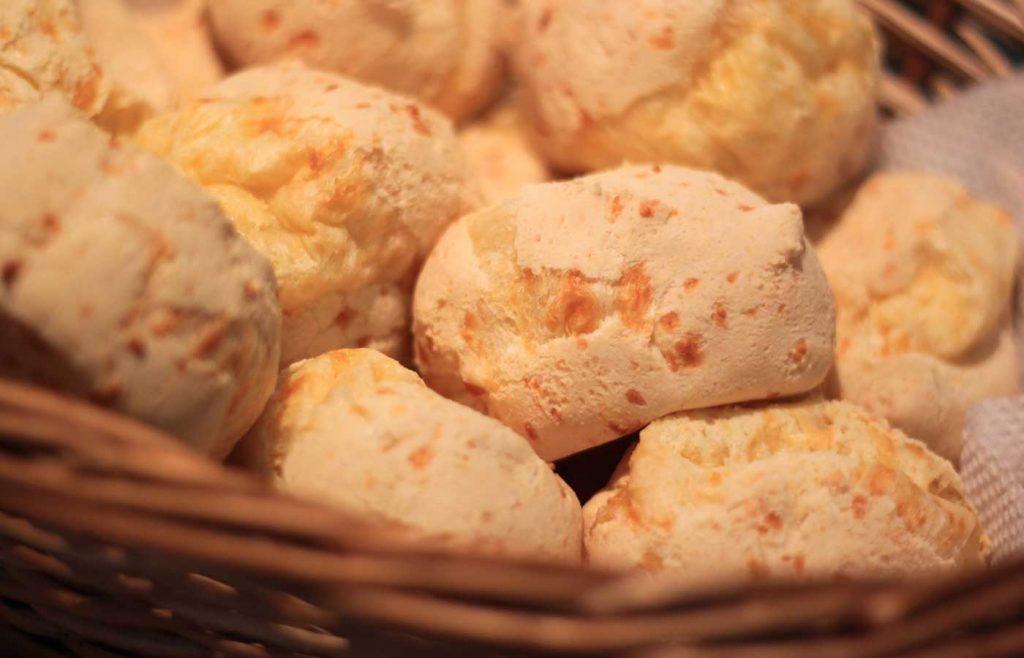 One of Brazil’s most simple pleasures – Pão de Queijos are small cheesy doughballs originating in the Brazilian interior which are one of the country’s favourite snacks.

One of the most instagrammable spots in the city is the Terraço Italia. This chic restaurant set at the summit of one of Sampa’s tallest buildings is the finest of the elegant Italian restaurants the city owes to the post-war influx of European immigrants. For lovers of Asian cuisine, though it seems an unlikely marriage, the sushi in São Paulo is of exceptionally high quality.  Lastly, it wouldn’t be Latin America without excellent street food: head down to Rua Augusta in the evening for a selection of uber-trendy gourmet food trucks selling a Brazilian twist on a variety of international cuisines – even fish and chips!

Though hard to find amongst the seemingly endless ocean of skyscrapers, São Paulo’s green spaces are worth an afternoon or two. Brazil’s version of Central Park, Parque Ibirapuera is an enormous expanse of tropical vegetation that encompasses thirteen playgrounds, a man-made lake, an outdoor gym, idyllic picnic spots and even art museums such as the Museum of Modern Art, the Museum of Contemporary Art, and the Afro-Brazilian Museum. Grab a snack and a fresh coconut from a local vendor and spend an afternoon in the sun watching paulistas go about their day. Parque Villa Lobos in the Alto do Pinheiros neighbourhood offers a scenic cycling trail to explore and the small but sublime Parque Trianon, just off Avenida Paulista, is a true urban oasis where, surrounded by orchids and tropical birdsong, you can barely hear the faint humming of the traffic nearby. 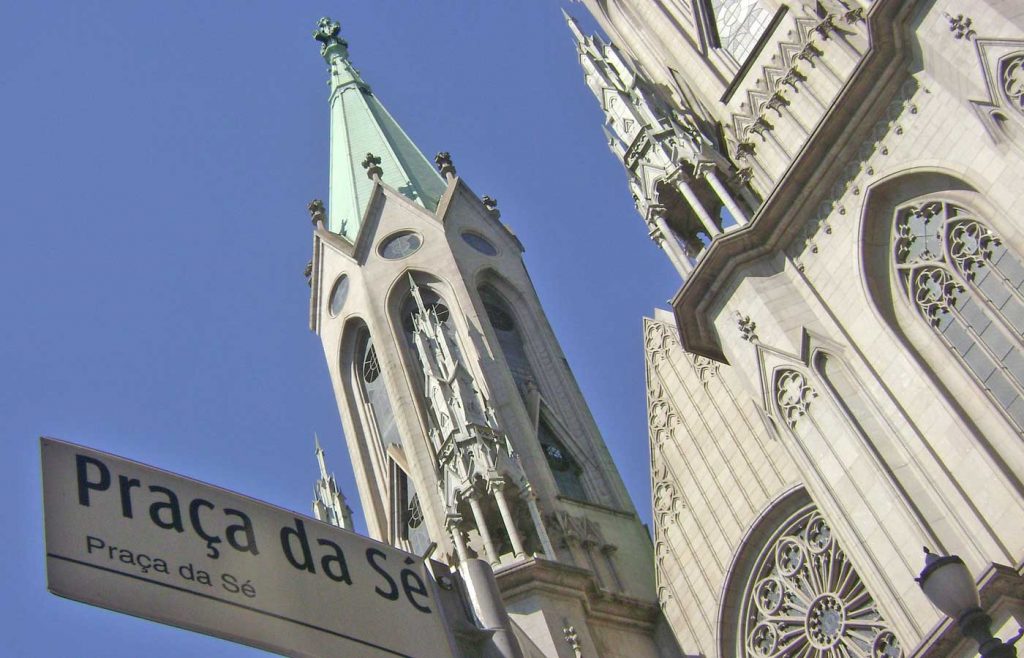 Undoubtedly the centre of Brazil’s often-overlooked and criminally underrated cultural output, São Paulo’s art scene will enthral anyone with a love of design and a soft spot for spending quiet afternoons in galleries. Arguably the most important art museum in the southern hemisphere, The Museu de Arte de São Paulo, or ‘MASP’ for short, houses over 8000 pieces of priceless art including countless works by Brazilian masters and European favourites such as Picasso and Van Gogh. One for lovers of kooky modern architecture, MASP is suspended above the ground by four huge red columns; the space left underneath frequented by local musicians and artists performing for crowds of shoppers and bohemian paulista students. Pinacoteca, the oldest art museum in the city, is also worth a visit – the unusual two-storey atrium allowing visitors to enjoy Brazilian and international artwork drenched in natural light. For those who opt for the contemporary over the classic, MAM – The Museum of Modern Art, or the futuristic-looking Instituto Tomie Ohtake, are the perfect places to spend a few hours.

Despite the myriad of museum options, it could be said that São Paulo’s most dynamic artwork adorns its skyscrapers and bustling alleyways rather than the halls of the aforementioned institutions. One of the street-art capitals of the world, São Paulo is the hometown of celebrated muralist Eduardo Kobra, whose larger-than-life technicolour portraits of Oscar Niemeyer and Ayrton Senna as well as plenty of smaller murals can be found here in the city. Vila Madalena, a bairro known for its exuberant nightlife, also boasts the ‘Beco do Batman’ or ‘Batman Alley’ so named for the appearance of the caped crusader in amongst the rest of the witty amateur street art exhibited in this informal outdoor museum. 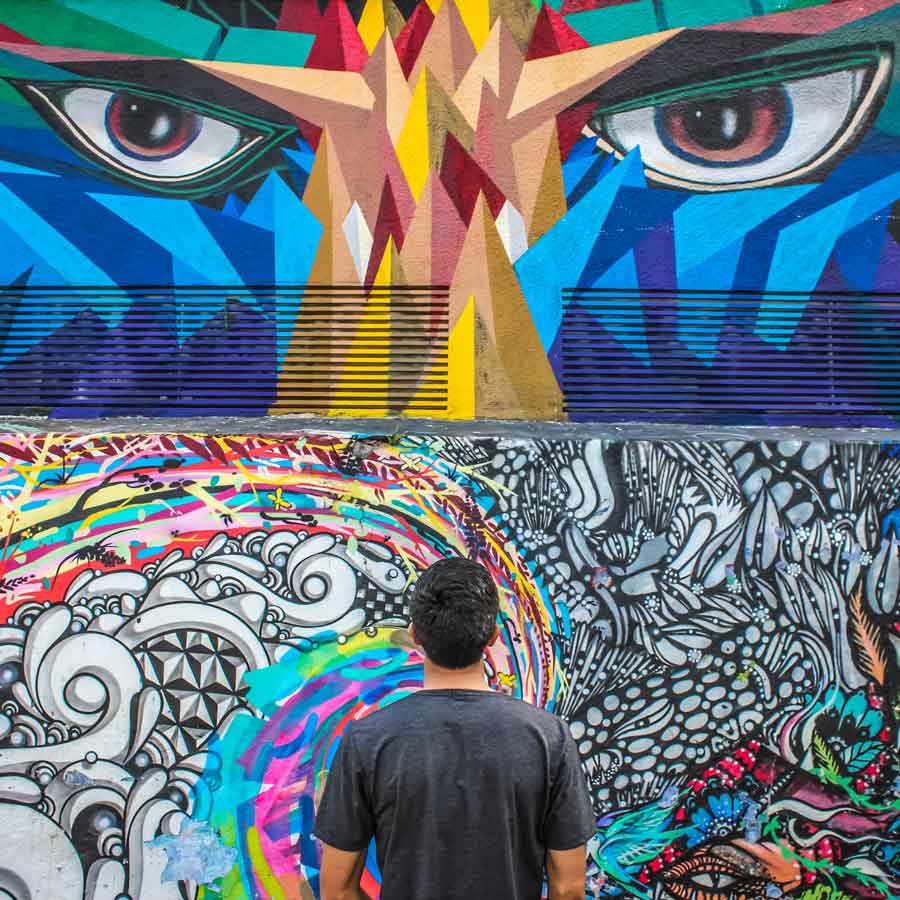 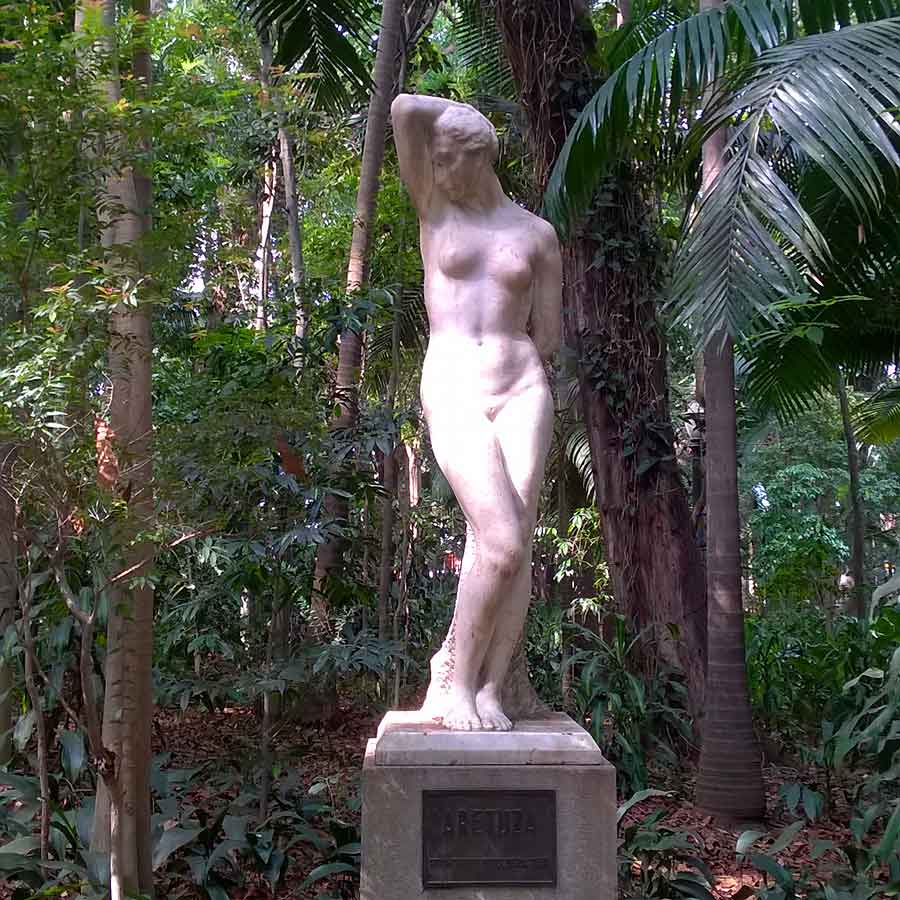 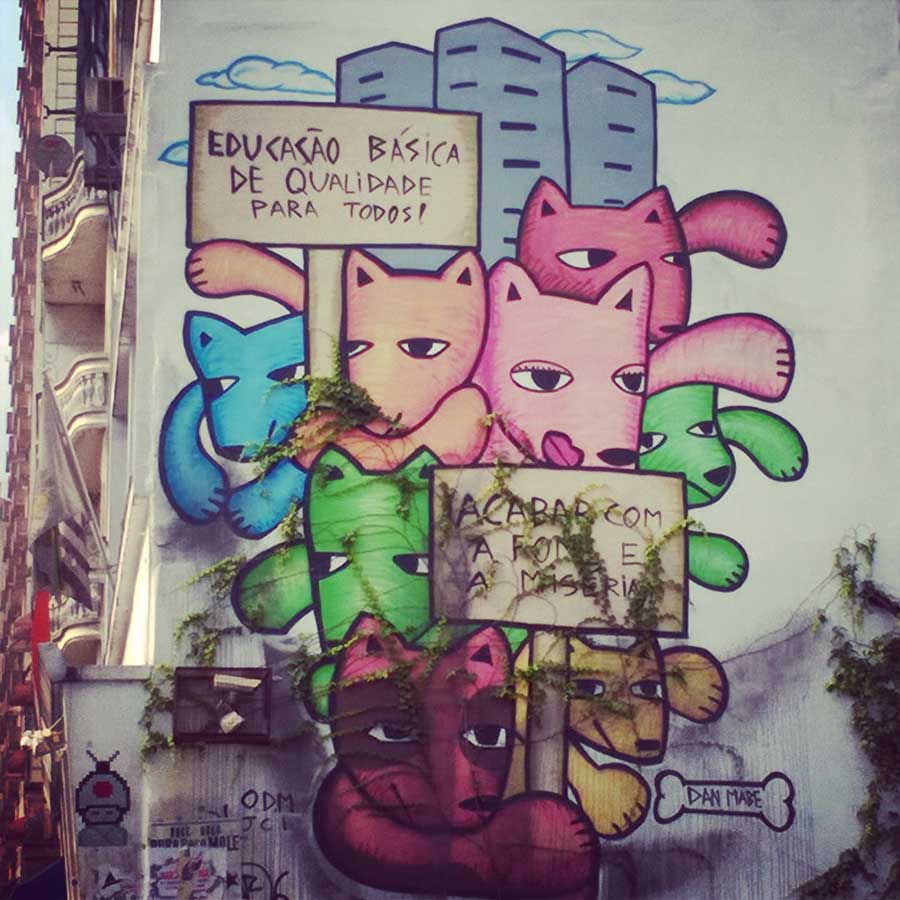 Tucked away amongst the forest of concrete, there are a surprising number of historic buildings still standing in the midst of this modern megacity. Praca da Sé and the surrounding districts are the oldest part of the city, housing the stunning Catedral de Sé, the metropolitan cathedral. Standing upon the site of the city’s first temple built in 1591 by indigenous chief Tibiriçá, 1913 saw the construction of current building begin.

One of the largest five neo-gothic constructions in the world, this architectural colossus was inaugurated in 1954. For those seeking historical treasures, the cathedral crypt is almost a subterranean church in its own right and decorated with exquisite bronze statues. Visit the tombs of Father Diogo Feijó and the Cacique Tibiriçá. Feijó served as the regent of Brazil during the infancy of Emperor Pedro II and Tibiriçá, now considered one of the founders of São Paulo, welcomed the first Portuguese Jesuits to the Piratininga plateau. 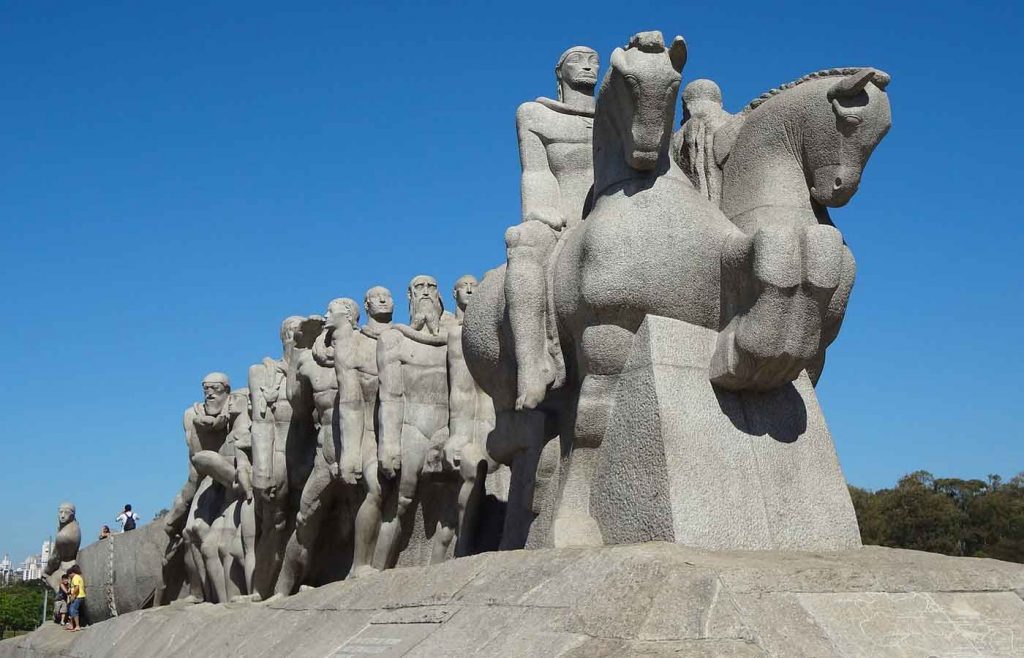 São Paulo can do luxury on par with any great city. As Brazil’s go-to town for business and finance, serving as the capital all but politically, the city offers glamorous accommodation with a sleek modern aesthetic like nowhere else in Brazil. The in-demand Fasano & Emiliano branded hotels of Rio de Janeiro both have their flagship properties in São Paulo’s upscale neighbourhood of Jardins, surrounded by countless designer boutiques and refined eateries for those seeking a stylish city retreat. Hotel Unique, unique by name and nature, offers discerning travellers one of the city’s best rooftop restaurants, atop a hotel in the shape of an enormous boat. With the relatively recent opening of the opulent Palácio Tangará in the neighbourhood of Morumbi, São Paulo’s luxury offerings are more diverse than ever. A favourite of international and Brazilian celebrities, as well as high-flying businesspeople, this city is one of the world’s most luxurious urban getaways. 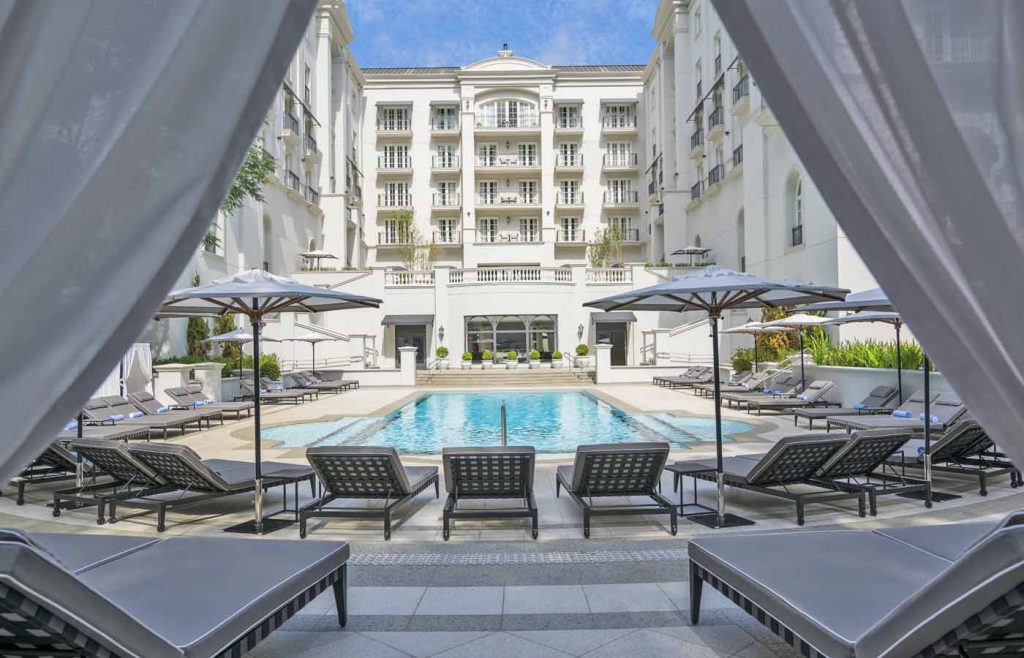 The bairro of Liberdade has to be São Paulo’s most surprising cultural delight. Home to the largest Japanese community outside of Japan, this neighbourhood is an explosion of Asian cultures transplanted into this tropical urban jungle. Sushi restaurants, Korean barbeques, outrageously bold street art, Shinto temples, Japanese lanterns and raucous celebrations for Chinese New Year are a few of the many highlights of this busy neighbourhood. Visitors head here for world-class sushi and then to party all night in the karaoke bars. 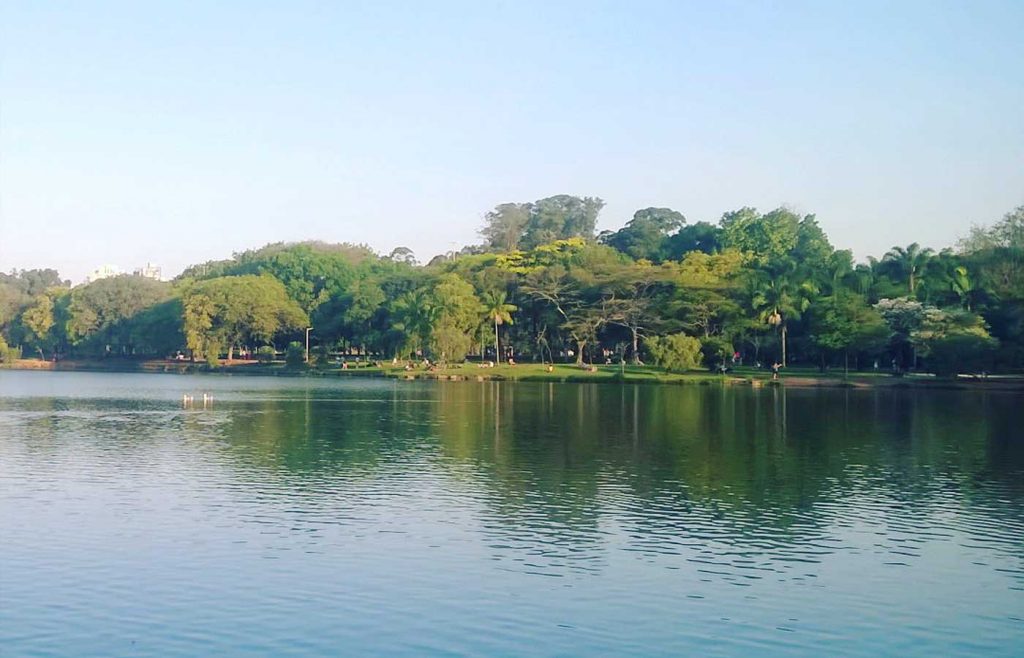 Although maybe not a destination for first time visitors to Brazil, admittedly lacking those standout tourist attractions boasted by its prettier cousin Rio de Janeiro, São Paulo is bursting with vibrant cultural energy and an ineffable urban ‘cool’ factor that Rio can’t rival. Brazil’s answer to New York, São Paulo makes a glamourous city break – perhaps worth coordinating with one of the city’s many annual cultural festivals or sporting events, such as the Interlagos São Paulo Grand Prix where luxury hospitality packages are available for a truly special high-end retreat.

So, if you find yourself with a night in São Paulo in-between flights – don’t despair! Sampa might just surprise you…