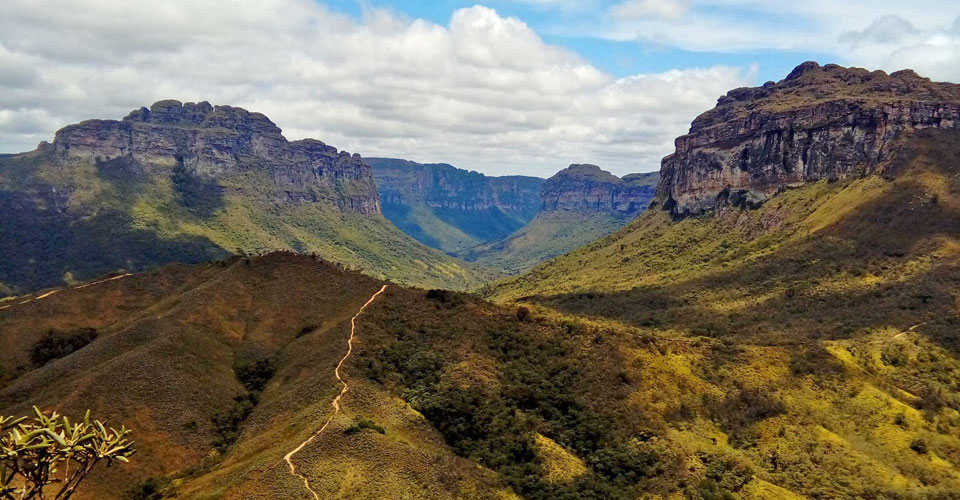 No trip to Brazil is complete without a few nights to appreciate the natural beauty of this colossal country. One of the best ways to do this is to explore one of Brazil’s sixty-nine National Parks. Bespoke Brazil specialist Clara explains which are the best and how to visit:

The wealth of Brazil’s breath-taking natural beauty is well-known: this vast country comprises mountain ranges, the largest rainforest on earth, mighty rivers, stunning waterfalls, deserts, savannahs and rolling grasslands. Boasting an incredible number of remote national parks, Brazil really is a nature-lover’s paradise. Keen wildlife watchers, trekkers and photographers will all be in their element in these striking wildernesses. Here are a few of our favourite National Parks to visit in Brazil, and how best to see them… 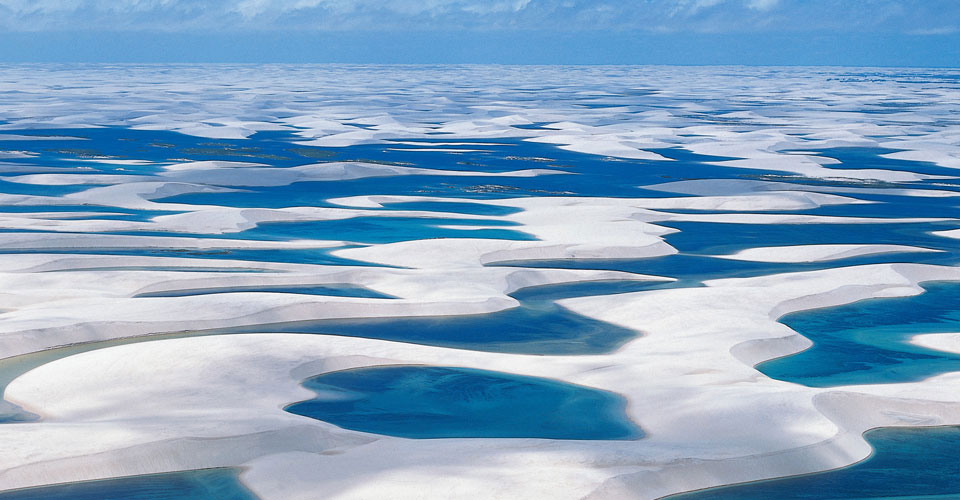 A surreal landscape in the north-east of Brazil, in the remote state of Maranhão, Lençóis Maranhenses is one of Brazil’s most extra-terrestrial-looking vistas. This unique landscape is composed of endless rippling sand dunes with sparse vegetation and their name in Portuguese alludes to the fact that from above, they resemble crumpled bedsheets. Incredibly, at certain periods during the year (the rainy season), the troughs between the rows of dunes fill with water and form bright-blue desert lagoons that visitors can enjoy a swim in. Best seen from a 4×4 tour, horseback, or from above by helicopter, this magical region is truly extraordinary.

When to Go – In the rainy season, between July and September when the dunes are full

Where to Stay – In the nearby town of Atins, at La Ferme de Georges, a remote luxury lodge 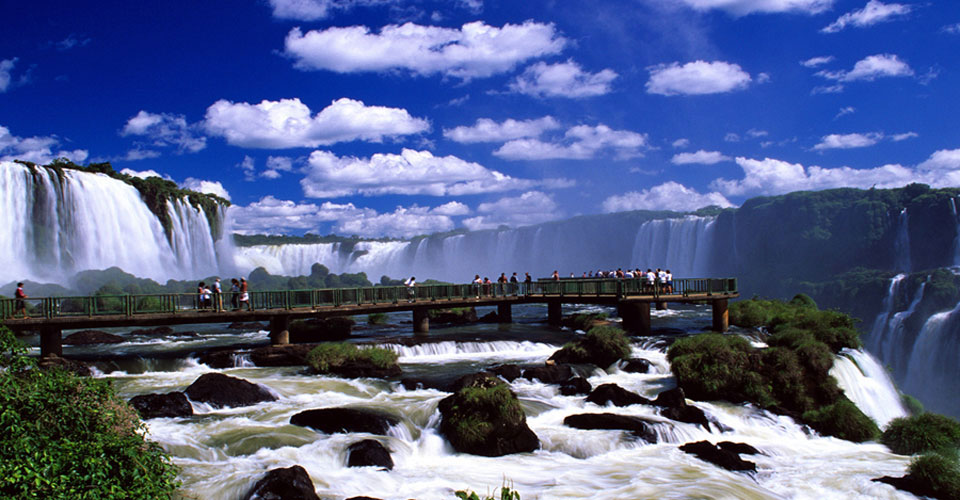 One of Brazil’s most famous and most-visited national parks, the Iguaçu National Park is located in Parana state, on the borders with Argentina and Paraguay. Playing home to the world’s largest and most impressive waterfalls complex, this incredible park is a must-do for any first-time visitor to Brazil. Make time to explore the complex from both the Brazilian and Argentine sides, as well as popping into the Parque das Aves for a close-up look at some of the region’s most exotic bird species. For those with longer than the standard two-night stay at the Falls, we recommend a visit to the Itaipu Dam, a huge hydroelectric dam that provides power for both Paraguay and Brazil; or getting involved in the eco-adventure activities available in the area such as kayaking, trekking, rappelling and ziplining. One of our favourite experiences is a helicopter ride over the falls, to admire these majestic cascades from the birds-eye perspective.

When to Go – Iguassu Falls are a year-round destination, but the Falls are at their peak in the rainy season (the Brazilian summer months) between December and February. From March to November the level of the waterfalls is variable, depending on the level of rainfall, but temperatures will be a little less oppressive! 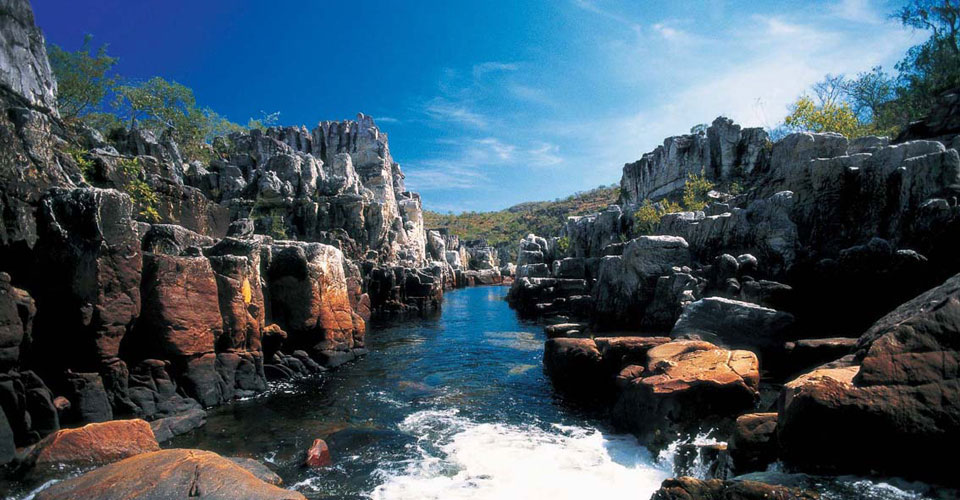 Located 240 km from Brasília in the state of Goiás, Chapada dos Veadeiros is well-known for its dramatic rocky landscapes, sparkling quartz rock formations and incredible waterfalls. The Pedreiras Waterfall is one of the main attractions in the park and is the perfect spot for a swim in the tranquil pools at the foot of the cascade. Another point of interest for visitors is the Vale da Lua, or Valley of the Moon, where the quartz-based rock beds have eroded and developed over thousands of years to become an unusual cosmic landscape of smooth curves and craters. Adventurous types may want to try abseiling down one of the park’s many waterfalls or kayaking along unspoiled stretches of remote rivers whilst wildlife lovers will be enthralled by sightings of maned wolves, swamp deer, anteaters, armadillos and perhaps even the elusive jaguar.

When to Go – Between June and July there is little chance of rain and the waterfalls are still at their most impressive.

Where to Stay – Pousada Baguá, a rustic and intimate guesthouse near the entrance to the park.

Situated in the remote interior of the state of Bahia, Chapada Diamantina is tricky to access, but more than worth the effort. Offering some of the most dramatic scenery in all of Brazil, this enormous national park is home to waterfalls, breath-taking rock formations, caves, lakes and monumental flat mesas. Some of the best walking trails in the country can be found here and the challenging multi-day trek through the Pati Valley is a must-do for lovers of the great outdoors. Enjoy some of the highest waterfalls in Brazil, swimming in secluded natural pools and unparalleled natural splendour during your stay at the Chapada Diamantina.

When to Go – March to October are generally the best for walking with the lowest rainfall occurring between August and October. 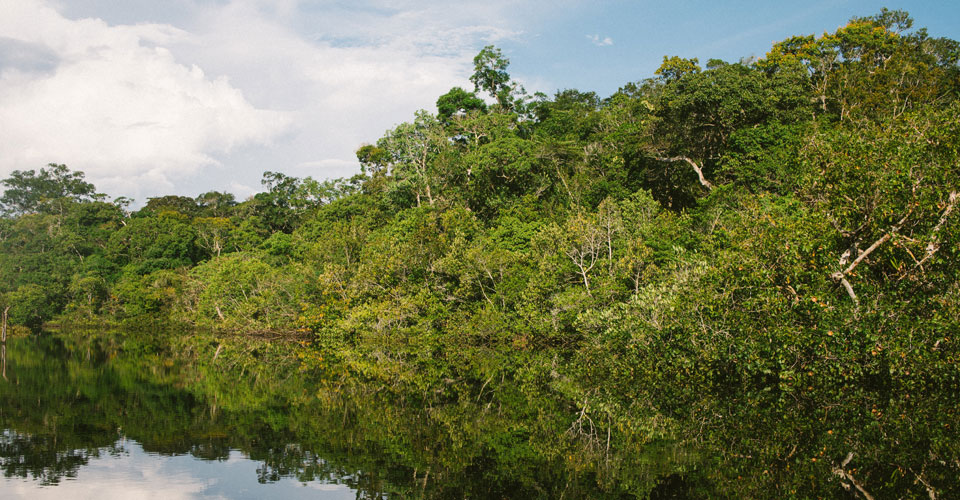 The Anavilhanas National Park is home to the largest river archipelago on Earth, made up of over 400 individual islands framed by the sprawling waterways of the mighty Amazon river network. Wildlife enthusiasts and keen birders will be enthralled by the biodiversity of this magical wilderness that serves as the habitat for the endangered margay, Amazonian manatee, Amazon pink river dolphins, the jaguar and giant river otters. Enjoying a few days in an Amazonian lodge in the region will give you the opportunity to experience the traditional indigenous cultures of the Amazon, search for the park’s endangered wildlife and soak in the magnificent scenery of the rainforest.

When to Go – The Amazon is a year-round destination. During high water season, jungle explorations will be carried out mostly by kayak or motorboat, whereas during dry season, longer treks on land will be possible. May to June is a offers a nice compromise between the coolest, wettest months (February to April) and the hottest, driest ones (September to November).

Where to Stay – Anavilhanas Jungle Lodge is the most luxurious lodge in the Northern Amazon.

One of Latin America’s standout wildlife destinations, the Pantanal wetlands (made up of the northern and southern sub-regions), is a must-see for those enamoured by unique wildlife experiences. Home to some of the largest and most elusive mammals on the continent such as the jaguar, capybara, tapir and the giant anteater, the Pantanal offers the best opportunities to see these emblematic species in the wild. The region and the associated national park are of particular interest for birders who can spot endangered and endemic species such as the Blue Hyacinth Macaws. Most Pantanal lodges offer a schedule of activities that combine elements of culture and the fabulous nature of the region including kayaking, trekking, birdwatching, eco-safaris, horse-riding and fishing.

Where to Stay – For the best chance of jaguar-spotting, stay at Caiman Ecological Refuge who run a jaguar project in partnership with NGO Onçafari

Featuring dramatic cliffs, canyons, waterfalls and dry savannah – this beautiful and biodiverse paradise is another of Brazil’s most striking regions. Located on the northern limits of the Pantanal, this rocky park is famous for its stunning endemic flora and standout wildlife species such as gato-palheiro wildcats, eagles, anteaters, deer and maned wolves. Characterised by large exposed hills, red sandstone cliffs, caves, natural pools and points of anthropological interest (such as ancient cave paintings) – the national park is one of Brazil’s most diverse and impressive.

When to Go – The dry season lasts from May until September. Between December and April rainfall levels are high and parts of the park are inaccessible.

Where to Stay – Pousada do Parque, a more basic-looking, but welcoming lodge 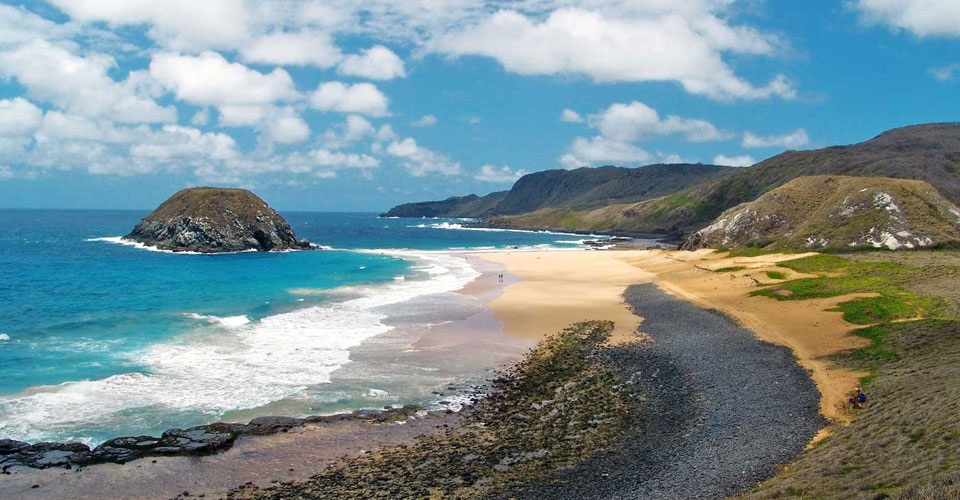 Consisting of six main islands in the Atlantic Ocean, off the coast of Recife in northern Brazil, Fernando de Noronha is home to some of the most beautiful beaches in the world and is a haven for marine life. More than a dozen idyllic beaches offer visitors world-class snorkelling, diving and surfing to enjoy. The main island can be easily explored by hiring a buggy and visitors can spend days hopping between beaches of outstanding natural beauty at their own pace. For those who venture into the sea, the marine wildlife here includes sea turtles, dolphins, stingrays, many species of sharks and a variety of colourful tropical fish.

Where to Stay – Pousada Maravilha, the most sophisticated accommodation on island. Book well in advance to avoid disappointment!

Are you considering a bespoke trip to Brazil? Contact us today to speak to one of our dedicated travel specialists about wildlife & nature activities in Brazil and click here to browse some sample itineraries.